Beadwork Adorns the World at the Museum of International Folk Art 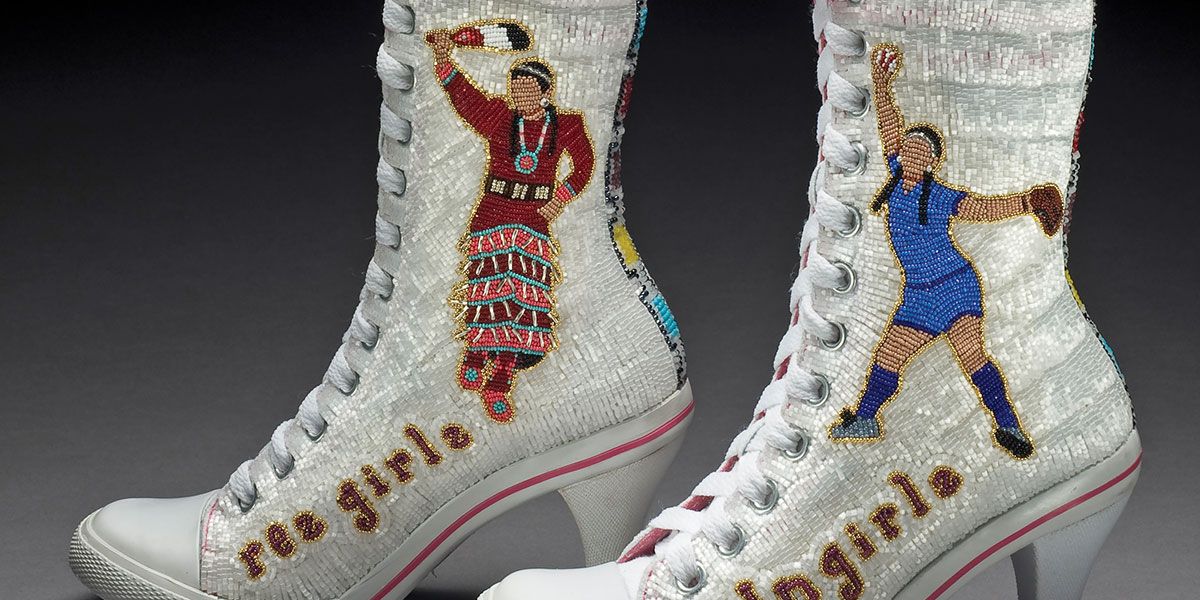 Extraordinary glass beads from around the world are the ultimate migrants, often traveling quite far from where they were made. Exquisite tiny glass beads come from the island of Murano (Venice, Italy) or the mountains of Bohemia (The Czech Republic). No matter where they originate, when crafted into a garment or object of art, these beads reflect the locale, world view, and cultural lives of the people who used them to create. The beads aren’t always glass; some are made from metal, cloth, shell, stone, and other materials.

While beadwork has a lengthy history, it is truly a living art. Through February 3, 2019, the Museum of International Folk Art hosts Beadwork Adorns the World, an exhibition about what happens to these beads when they arrive at their final destinations, whether it be Africa, Borneo, Burma, India, Native North America, or Latin America.

“Even though it’s titled Beadwork Adorns the World, this exhibit is not actually about beads,” said Khristaan Villela, Ph.D., Director of the Museum of International Folk Art. “Rather it is about working beads resulting in beadwork, and what a collective of beads in a garment or an object reveals about the intentions of its makers or users.”

In most parts of the world, beads, having value, are used at key moments in life. With their luster and sparkle, they are used as an adornment or surface additive. They heighten the symbolism, impact, and meaning of the garment. Such garments are often worn at special moments marking life stages or rites of passage such as birth, becoming an adult, marriage, or death. Often beaded garments reveal power, position, or status in the community or indicate spiritual beliefs.

The beadwork in this exhibit dates from the 19th–21st centuries and comes in many forms.

Also on exhibition: Crafting Memory: The Art of Community in Peru through March 10, 2019, exploring new directions taken by citizens of Peru during recent decades of social and political upheaval and economic change.

The Museum of Indian Arts & Culture