The Story behind the Sopaipilla 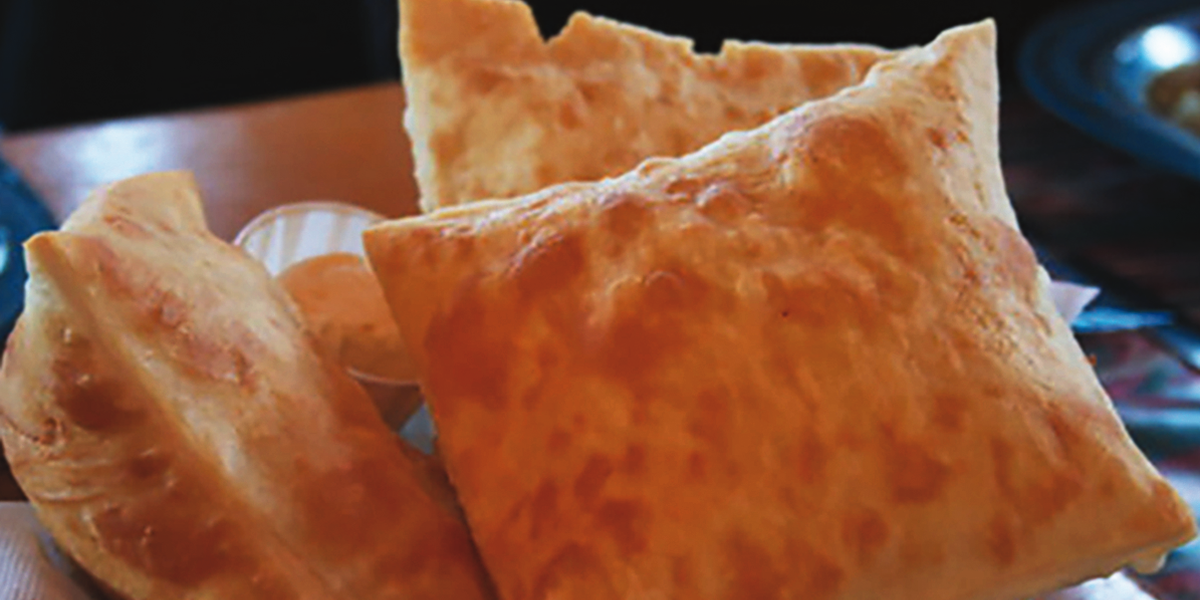 Indulging in piping hot and hollow pillows of fried dough with sweet amber honey is a requisite to finishing a chile-rich traditional New Mexican meal. The sopaipilla exists as a veritable culinary touchstone of Southwestern cuisine, remarkable for its dual functionality as both a meal-accompanying form of bread (that is even stuffable) and as a staple dessert. Beneath the gastronomic surface of sopaipillas satisfying simplicity is a fascinating history reflective of the diverse peoples who came to leave significant cultural imprints upon this American region.

The sopaipilla medium of wheat as well as the deep-frying cooking technique are excellent examples of both foreign material and immaterial culture arriving in the Southwest from Spain as a part of the Columbian exchange. Sopaipillas are likely the North American descendent of the olive oil fried dough called sopaipas today in the Andalusian city of Cordoba in southern Spain. Spanish colonial settlers to New Mexico imported a late-medieval culture comprised of the post-reconquista tatters of what has been termed by historians as a diverse convivencia between Muslims, Jews and Christians. Its tripartite Iberian epicenter was in Cordoba and this cultural mixing or mestizaje resulted in this gastronomic grandparent of sopaipillas, sopaipas cordobesas.

At the time of Spanish settlement in New Mexico in 1598 those known as buneleros in Spain, trade specialists in fried wheat dough cooking (churros, bunuelos and beyond) were uniquely acknowledged to be the profession of Moors. With roots in North Africa and Arabia, these adherents of the Muslim faith were widely forced into Roman Catholic baptism as the population remaining from a 700 year long Islamic era in Spain that ended in 1492 with the fall of Granada by the Catholic monarchs. In the Spanish language this cultural group was known under various terms such as moriscos, mudéjares, conversos and cristianos nuevos.

The presence of crypto-Jewish Spanish settlers has been widely recognized in New Mexico and confirmed via modern genetic testing. Perhaps the presence of sopaipillas in New Mexico is a gastronomic confirmation for an equally likely diaspora of Moors to New Mexico, similarly fleeing the inquisition, as the ones to introduce their fritter friendly cultural roots into the colonial Southwest.

The later transmission of fry bread into a traditional food of Native Americans in the region appears to be an adaptation of their Hispano neighbors sopaipillas as well as being indicative of the commodities of lard and flour made available to Native Americans as a result of American government forced interments in places such as Bosque Redondo. The widespread indigenous acceptance of this foreign fritter also indicates the practicalities of frontier necessity. The mobility of certain nomadic indigenous tribes certainly precluded the availability of stationary ovens from which to bake leavened breads and potentially contributed to its rise as a quick, popular indigenous food and cousin to sopaipillas to this day.

If you find yourself in Cordoba, Spain be sure to visit Soledad, proprietress of Mojaelchurro, an Andalusian shrine to fried dough in all its conceptions including sopaipas cordobesas.