New Mexico: Our Diversity Is Our Strength 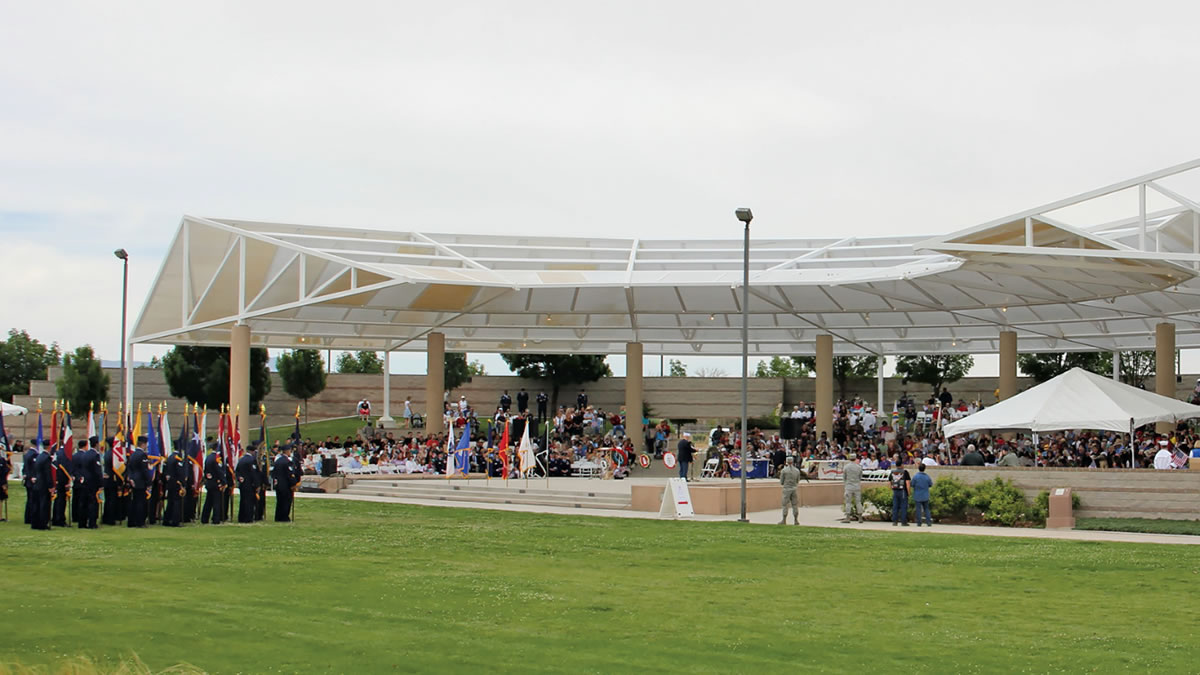 Whether you lose yourself in the constellations or in a clear night sky; the majesty of the mountains; the seemingly desolate desert; the ancestry of your people; the art, craftsmanship and traditions of other cultures; the savagery of the Old West or the brutal history of conquest; the fossilized remains of prehistoric creatures; or the beckoning of space, New Mexico is a land of distinction and promise. Diversity occurred in New Mexico, in part, through a confluence of Native, Hispanic, and American cultures meeting in sometimes exceptional ways.

With a population just over two million (2,095,428 according to the U.S. Census Bureau 2018 Population Estimates Program), New Mexico is the sixth least-densely populated state — about seventeen people per square mile. Despite this sparse but growing population, New Mexico’s makeup remains diverse. Native Americans have dwelled here for millennia, and Hispanics and Mexicans for centuries. In addition to these cultures, New Mexico’s population includes more than twenty-eight ethnic groups including Italian, Chinese, Taiwanese, Indonesian, Swedish, German, Filipino, African, and French.

New Mexico boasts a population of more than 150,000 veterans of all ethnicities who fought for our freedom in different branches of the military. Many opted to make their homes here after being stationed at one of New Mexico’s five military bases. Forty percent of those veterans are sixty-five or older, survivors of Vietnam, Korea or World War II. It was the Navajo Code Talkers who turned the trajectory of World War II by using their Native language to outfox the Japanese. New Mexicans from all ethnic backgrounds have fought on behalf of the United States in both World Wars, Korea, Vietnam, both Gulf Wars, Iraq, and Afghanistan. You can show your appreciation to our protectors and first responders this holiday by visiting the New Mexico Veterans Memorial and Museum Center in Albuquerque.

Fifth largest in land mass, the sheer expanse of this 121,590-square-mile state offers a variety of climates. On July 31, 2019, temperatures in New Mexico varied an astonishing 61 degrees, from 100 degrees in Tucumcari to 39 degrees at the Angel Fire Airport, according to the National Weather Service. This year skiers and snowboarders were on the slopes through Memorial Day. Soaring to heights of more than 13,100 feet, the mountains of New Mexico receive 300 inches of snow annually. The eight major ski resorts offer lengthy winter seasons often ranging from November through April.

Studying, celebrating, and preserving New Mexico’s diversity is part of the mission of the museums and historic sites under the New Mexico Department of Cultural Affairs. Our eight museums are also repositories, holding prized specimen examples, fragments, and remnants, maintaining evidence of our growth and testimony to the power of our shared history. Each institution represents a different facet of our collective treasure trove of art, artifacts, history, and culture, and the individual collections they hold are themselves multifaceted.

One of the few American museums that has a monthly budget for feed and hay for its exhibits, the New Mexico Farm & Ranch Heritage Museum in Las Cruces offers a new exhibit that covers more than animals. Home on the Range: From Ranches to Rockets examines how the region accommodated the establishment of White Sands Missile Range in the 1940s.

That rocket history can be further explored in Alamogordo, where you can catch a glimpse of rare artifacts from space at the New Mexico Museum of Space History. Learn the stories of the visionary pioneers who saw beyond Earth’s mortal coil and whose mission was, indeed, to shoot for the stars. Take time to visit the New Horizons Dome Theater and watch the film Apollo 11 — First Steps.

New Mexico’s geology and terrain are a medley, boasting one of the world’s five major geologic riffs. From the mid-Rio Grande Valley to the towering peaks of our mountains, sinkholes, lush forests, and bosques all stand in stark contrast to the beauty of a desolate desert terrain. With increased global seismic activity regularly making the news, the New Mexico Museum of Natural History & Science in Albuquerque explores our geologic diversity in advance of unveiling timely upgrades of both the volcano and earthquake exhibits.

New Mexico is home to 19 distinct Pueblos, populations of Apache, Navajo, and various other Native groups. Indigenous people in the state fought hard to preserve their cultures and maintain a foothold against the encroachment of Spanish, Mexican, and United States colonial forces. The strength, tenacity, spirituality, and tradition of each individual tribe is as solid as the bedrock beneath the soil of the Earth they honor and protect. Their art, pottery, weaving, jewelry, and tradition are woven into the fabric of New Mexico. Currently the Museum of Indian Arts and Culture features the exhibition Diego Romero vs. the End of Art. Romero’s pottery techniques are paired with graphic art influences to take on a new and metaphorical villain “the end of art.” Romero’s multifaceted identity, “half Berkeley boy, half Cochiti man,” is evident in this exhibition, the largest showing of his work to date.

Now into its 102nd year, the New Mexico Museum of Art’s history tracks with the state’s emergence as a world-class art market. The Museum of Art eclipsed its earlier promise to serve as a home base for New Mexico artists, for the much-anticipated exhibitions of Santa Fe and Taos masters, and for extraordinary displays of contemporary art. Its permanent collection is a virtual who’s who of world-renowned artists who made their homes in New Mexico, and left an indelible mark in the world of art. The Transcendental Painting Group came together in 1938 in Santa Fe. They defied convention by turning their artistic gaze inward to spiritual matters instead of outward to the southwestern desert landscapes, or traditional scenes of Native life popularized by their predecessors and contemporaries.

An exhibit at the Museum of Art celebrates the work of one of the Transcendental Painting Group’s founding members, Agnes Pelton: Desert Transcendentalist. Although still a relatively obscure American modernist painter, Pelton was a contemporary of Georgia O’Keeffe and studied with O’Keeffe’s teacher, Arthur Wesley Dow. Pelton’s interest in spirituality links her to a larger international movement that is only now being properly studied and contextualized. Vibrant and uplifting, Pelton’s abstract works bloom with color, animating an energy in the desert that only she could see.

Across the street from the Museum of Art and around the corner from Santa Fe Plaza, the New Mexico History Museum preserves the state’s unique history. Here you can learn about the many flags that have flown over the Palace of the Governors — the seat of the territory’s various governments. You can immerse yourself in the hardships, hopes, fears, and dreams of New Mexico soldiers who served in the First World War and explore the history behind New Mexico’s music, food, traditions, and blending of cultures that inspired the state’s motto, “The Land of Enchantment.”

The coming of the railroad was a watershed moment in nineteenth-century New Mexico, bringing adventurous tourists west and heightening interest in Native cultures, the climate, the geology, and the vistas of the territory. The History Museum’s Working on the Railroad exhibit tells the story of the diversity of the railroad workforce, the tales of the men, women, people of color, and immigrants and the jobs they performed both on and off the tracks.

Early next year, the National Hispanic Cultural Center takes note of a critical moment in history. Celebrating the Centennial of the Women’s Vote opens January 25, 2020.

Imagery from Peru has crept into modern design, and a new exhibit at the National Hispanic Cultural Center Art Museum delves into that visual culture. This exhibit explores Peru’s pre-colonial past and post-colonial present, creating a “contemporary past” for this exhibit. El Perú: Art in the Contemporary Past exhibit addresses and breaks stereotypes in Peruvian art.

Women breaking stereotypes is the central message of a new exhibit at the Center for New Mexico Archaeology off New Mexico 599 outside of Santa Fe. Women in Archaeology looks at eleven pioneer women who chose a career in a field dominated by men. Through hard work and perseverance, these women created a lasting legacy for the future of the field of archaeology.

Take a walk on the wild side, into the world of demons, ogres, ghosts, monsters, shapeshifters, and unexplainable phenomena at the Museum of International Folk Art exhibition: Y?kai: Ghosts and Demons of Japan. From Pokémon to woodblock prints, y?kai imagery dates back centuries in Japan. The exhibit explains how y?kai have endured in Japanese culture for four hundred years.

Not everything the Department of Cultural Affairs has to offer is in a museum. There are eight historic sites around the state that offer an opportunity to experience history where it happened. During the holidays, events at our historic sites have been described as particularly heartwarming. The magical glow of farolitos in the ruin of an ancient church is an experience you are not likely to forget at the Jemez Historic Site. Experience this beloved tradition at Los Luceros and Fort Selden this holiday season.

Are you still looking for the perfect gift to give this holiday? Consider the gift of culture. The New Mexico CulturePass opens the doors to the state’s entire family of museums and historic sites. You can purchase your CulturePass at any state museum or historic site and begin using it right away.

Make 2020 the year you and your family take a break from the virtual world and dive deep into the real world of New Mexico’s history and culture. Few places on Earth offer such diversity.

For upcoming events throughout the holiday season and through May 2020, check out the events calendar at the back of this guide.

Happy Holidays from the New Mexico Department of Cultural Affairs!

The DCA Cultural Atlas brings all of these places together in one free, downloadable app at atlas.newmexicoculture.org/. The Cultural Atlas is like having your own personal travel guide in your pocket.