(Albuquerque, New Mexico ) -- This spring the New Mexico Museum of Natural History and Science (NMMNHS) , Central New Mexico Community College and the New Mexico State Parks Department are undertaking a project to document, map, and model one of the largest dinosaur tracksites in the United States. Hundreds of tracks, from at least four different species of dinosaurs, are exposed at the Clayton Lake State Park in northeastern New Mexico. The Clayton Lake Dinosaur Tracksite Project will involve students, staff and scientists from CNM, NMMNHS, and NM State Parks in photographing, scanning, mapping, and modeling hundreds of exposed dinosaur tracks.

The students and scientists participating are from Central New Mexico Community College (CNM) Schools of Applied Technologies and Math, Science and Engineering; CNM’s Executive Council of Students; the CNM Foundation; the CNM Student Activities Office; NMMNHS, a division of the New Mexico Department of Cultural Affairs and the New Mexico State Parks Department.

Using advanced geospatial recording and mapping technologies and software, the Clayton Lake tracks will be documented at scales ranging from ¾” to 1/4000 of an inch. This wide range of documentation will use aerial photography from five different camera drones and terrestrial stereo photography using hand-held digital cameras for the photogrammetric mapping and modeling of the entire tracksite, the trackways of specific dinosaurs, and individual tracks. In addition, laser scanning using ground-based Lidar and ultra-high-resolution scanning by means of an advanced Structured-Light scanner will also provide contextual and extraordinarily detailed data on the trackways and exemplar tracks.

Few, if any dinosaur tracksites have been subjected to such a wide range of recording technologies. The goal of the Clayton Lake Dinosaur Tracksite Project is to provide a state-of-the-art record of the tracks, their relationships, and state of preservation at a variety of scales suitable for scientific analysis, education, public exploration and site preservation. The photographs, scans, maps, and digital models generated by the project will be made available through a publicly accessible website for viewing, analysis and research.

The final products of the Clayton Lake Dinosaur Tracksite Project will be published in a scientific journal and will be used to develop a website about the dinosaur tracksite at Clayton Lake.

The park is an oasis in the rolling grasslands of northeastern New Mexico. Enjoy boating, picnicking, camping, fishing and hiking. Get a unique glimpse of the past when you explore one of the most extensive dinosaur trackways in North America and a close-up look at the stars at the Lake Observatory. Clayton Lake State Park is centered on Clayton Lake, a man-made reservoir constructed in the 1960s by damning Seneca Creek north of Clayton, NM.

When the dam and its spillway were constructed, bulldozing of the spillway uncovered hundreds of dinosaur tracks in Early Cretaceous (about 100 million year old) sandstone. The first scientific study of the tracks took place during the 1980s, and the tracks have been the subject of ongoing research since that time.

Clayton Lake State Park is one of a handful of dinosaur tracksites in the United States that are in a public park open to all visitors. It has interpretive signage and exhibits that explain the scientific understanding of the dinosaur tracks.

The sandstone in which the dinosaur tracks occur formed along the shoreline of a seaway that bisected North America during much of the Cretaceous Period. That seaway, known as the Western Interior Seaway, extended from the Texas Gulf Coast to Alaska.

One hundred million years ago, at the time when the dinosaurs walked along the Cretaceous shoreline, New Mexico was a warm and wet tropical place.

The Clayton Lake Dinosaur Tracksite Project will contribute to the scientific understanding of the dinosaurs that roamed the shores of the Western Interior Seaway by provided both synoptic data on the distribution and patterns of the various trackways, and detailed metric data on the tracks left behind by individual dinosaurs 100 million years ago.

Most of the dinosaur tracks at Clayton Lake were made by ornithopod dinosaurs (mainly bipedal herbivorous dinosaur) ancestors of the duckbilled dinosaurs. Other footprints were made by two types of meat-eating dinosaurs, large and small.

No photogrammetric or other digital study of the Clayton Lake dinosaur tracks has been undertaken previously. The methods to be employed in this study are considered the state-of-the-art technologies for mapping and gathering metric data on large dinosaur tracksites.

The photographic, photogrammetric, and digital recording of the tracks will be undertaken by CNM students as a class project under the supervision of CNM professors Rick Watson and John Rogers. Spencer Lucas, NMMNHS Curator of Paleontology will collaborate, and assistance and oversight will be provided by the staff of Clayton Lake State Park.

The final products of the Clayton Lake Dinosaur Tracksite Project will be published in a scientific journal and will be used to develop a website about the dinosaur tracksite at Clayton Lake.

Support for the Clayton Lake Dinosaur Tracksite Project project is provided by:

For more information regarding YOUR 34 New Mexico State Parks, log on to www.nmparks.com

About the New Mexico Museum of Natural History & Science: http://www.nmnaturalhistory.org. Established in 1986, the mission of the New Mexico Museum of Natural History & Science is to preserve and interpret the distinctive natural and scientific heritage of our state through extraordinary collections, research, exhibits, and programs designed to ignite a passion for lifelong learning. The NMMNHS offers exhibitions, programs and workshops in Geoscience, including Paleontology and Mineralogy, Bioscience and Space Science. It is the Southwest’s largest repository for fossils and includes a Planetarium and a large format 3D DynaTheater. A division of the New Mexico Department of Cultural Affairs, the Museum is open seven days a week, 9 a.m. – 5 p.m., and closed Thanksgiving, Christmas and new year’s day. 1801 Mountain Road NW, northeast of Historic Old Town Plaza, Albuquerque, NM 87104, (505) 841-2800.  Events, news releases and images about activities at the New Mexico Museum of Natural History & Science and other divisions of the Department of Cultural Affairs can be accessed at media.newmexicoculture.org. 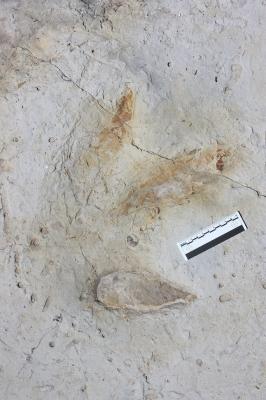