(Santa Fe, New Mexico) - Celebrating the tenth summer of Blue Star Museums, the National Endowment for the Arts and Blue Star Families announce that museums nationwide, including New Mexico’s eight state-run museums and Historic Sites under the New Mexico Department of Cultural Affairs (DCA), have signed on to provide free admission to our nation’s active-duty military personnel and their families this summer. The 2019 program begins earlier than past years, starting Saturday, May 18, 2019, Armed Forces Day, ending Monday, September 2, 2019, Labor Day. Military families can find the list of participating museums at arts.gov/bluestarmuseums.

Blue Star Museums is an initiative of the National Endowment for the Arts in collaboration with Blue Star Families, the Department of Defense, and more than 2,000 museums nationwide.

“After a decade of participation, it remains a privilege for New Mexico Department of Cultural Affairs museums and historic sites to serve members of the military and their families through this National Endowment for the Arts program,” said DCA Cabinet Secretary Debra Garcia y Griego. “It’s a small token of our esteem and a way to say ‘thank you’ for the sacrifices they make every day and a wonderful opportunity for military families to share a memorable experience exploring New Mexico’s outstanding cultural treasures.”

Blue Star Museums is a collaboration among the National Endowment for the Arts, Blue Star Families, the Department of Defense, and more than 2,000 museums across America. The program runs from the Saturday May 18, 2019 through Labor Day, September 2, 2019. The free admission program is available for those currently serving in the United States Military - Army, Navy, Air Force, Marine Corps, Coast Guard as well as Active Duty and Reservists, National Guardsman (regardless of status), U.S. Public Health Commissioned Corps, NOAA Commissioned Corps, and up to five family members. Qualified members must show a Geneva Convention common access card (CAC), DD Form 1173 ID card (dependent ID), or a DD Form 1173-1 ID card for entrance into a participating Blue Star Museum.Follow Blue Star Museums on Twitter @NEAarts and @BlueStarFamily, #bluestarmuseums.

Events, news releases and images about activities in divisions of the Department of Cultural Affairs can be accessed at media.newmexicoculture.org.

About the National Endowment for the Arts Established by Congress in 1965, the National Endowment for the Arts is the independent federal agency whose funding and support gives Americans the opportunity to participate in the arts, exercise their imaginations, and develop their creative capacities. Through partnerships with state arts agencies, local leaders, other federal agencies, and the philanthropic sector, the Arts Endowment supports arts learning, affirms and celebrates America’s rich and diverse cultural heritage, and extends its work to promote equal access to the arts in every community across America. Visit arts.gov to learn more.

Blue Star Museums is one of the National Endowment for the Arts’ programs that support military personnel and their families. Others include Creative Forces: NEA Military Healing Arts Network and grants awarded to nonprofit organizations to support projects that reach military and veterans. 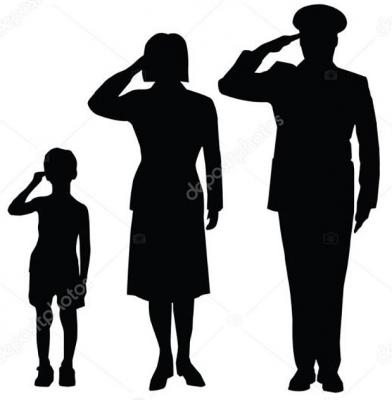