A Step Back in Time in Once-Violent Lincoln 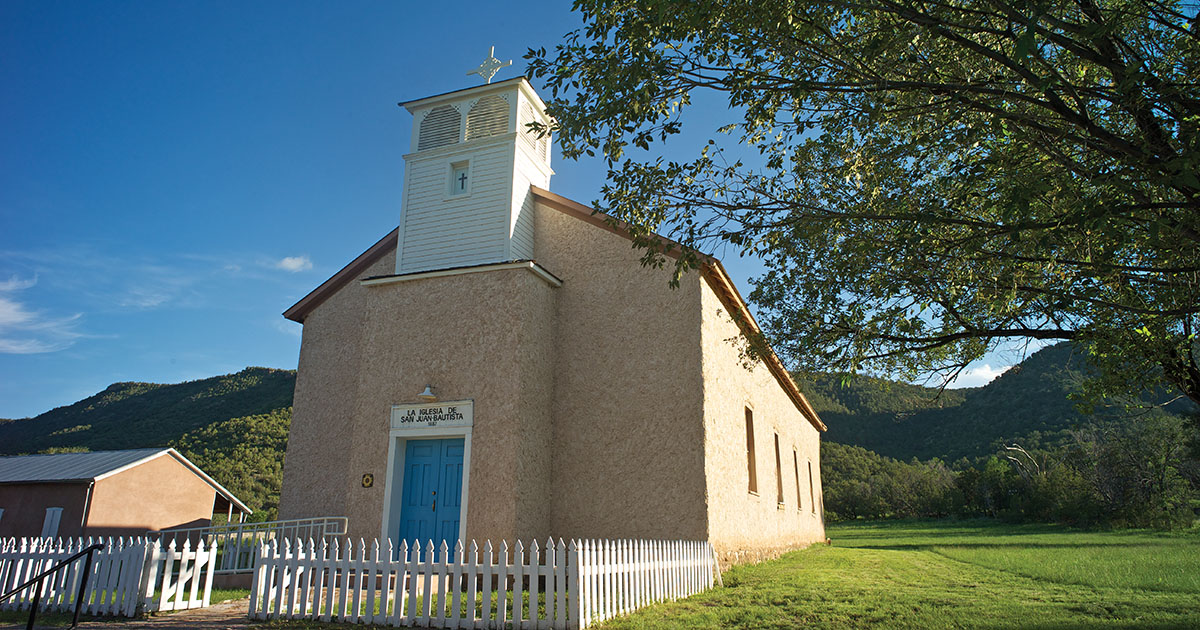 To walk down the streets of Lincoln is to take a step back in time. Historic adobe and stone buildings are preserved as they were in the late 1800s. The peaceful ambiance belies this sleepy, little community’s role in one of the most violent periods in the state’s history, the Lincoln County War of 1878–1881.

Significant in the pre-history and history of the Territory of New Mexico, Lincoln is the most widely visited historic site in New Mexico. Four of the 17 structures that comprise the historic site are open year- round, and two more are open seasonally, as museums. Most of the buildings in the community are representative of the Territorial Style of adobe architecture of the American Southwest.

On Christmas Eve, as dusk gives way to night and the historic buildings become obscured, the streets of the once-violent community glow with hundreds of luminarias, symbolically lighting the path for the Christ child.

The Old Lincoln County Courthouse features museum exhibits recounting details of the Lincoln County War. Over the years, the courthouse has been a home, a store, a Masonic Lodge, a courthouse, a jail, and now, a museum. Visitors today can trace the footsteps of Billy the Kid, Pat Garrett, and other famous and infamous characters of the Wild West.

To many, Billy the Kid was a young man gone wrong, others consider him a thug, some find him a sympathetic folk hero. Thirteen decades after his death, there continues to be worldwide name recognition of Billy the Kid — and an ongoing fascination with the details of his life, lineage, and motivation behind the events that played out as part of the notorious Lincoln County War.

Lincoln Historic Site is open 8:30 a.m.–4:30 p.m., 7 days a week. Closed Thanksgiving, Christmas Day, New Year’s Day. Admission $7 for adults; free for children 16 and under. Free to NM residents on the first Sunday of each month. Wednesday admission is free to NM Seniors (60+) with ID.

Visitors can stroll among the historic structures, which, include: Dr. Wood’s House, the defensive torreon (tower) for the village, the San Juan Mission Church, and the Montaño store.