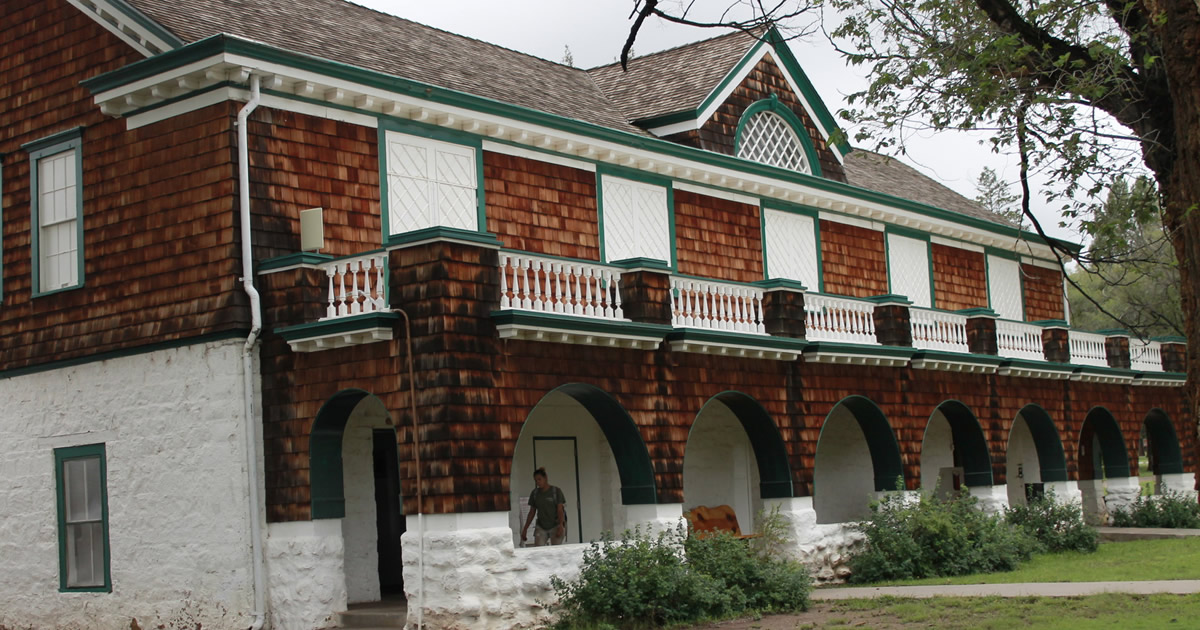 The story of New Mexico’s distinctive character is a complex tale of cultural collisions, contested space, and often tragic and violent events. The state’s historic sites bring its history to life, and Fort Stanton is among the most unique and significant locations open to visitors.

A walk among the buildings and grounds at Fort Stanton transports visitors back in time to an era when New Mexico was still a sparsely populated American territory, and Native Americans, Hispanic settlers, and Anglo newcomers vied for dominance over the region and its resources.

Established by the United States government in 1855, Fort Stanton served as an American foothold in the newly acquired New Mexico territory and as a base of operation for the U.S. Army’s campaign to subdue and remove the local native Mescalero Apache people. Even before the Americans arrived, however, Hispanic ranchers and farmers settled the area and established villages, including nearby San Patricio and Las Placitas del Rio Bonito, soon to be renamed Lincoln.

During the bloody Lincoln County War, Fort Stanton and its soldiers played a critical role in restoring peace to the region and many of the conflict’s most celebrated and infamous characters, including Billy the Kid and Pat Garrett, spent time at the fort.

In the final decades of the ninteenth century, the fort’s garrison actively took part in the final armed conflicts with Native American tribes in the region and many of the troops stationed at the post during this time included African-American “Buffalo” soldiers. Following the closing of the Western frontier in the 1890s, the U.S. Army abandoned Fort Stanton, as the need for a military installation in the region disappeared.

However, the story of Fort Stanton did not end then; it continued well into the twentieth century. Following the U.S. Army’s abandonment of the fort in the 1890s, the site served as a Merchant Marine tuberculosis treatment facility, a Civilian Conservation Corps work camp, an interment facility for German sailors during World War Two, and later a mental health hospital and minimum-security prison.

Fort Stanton is the best preserved territorial era army post in the state of New Mexico and a truly unique historical experience.