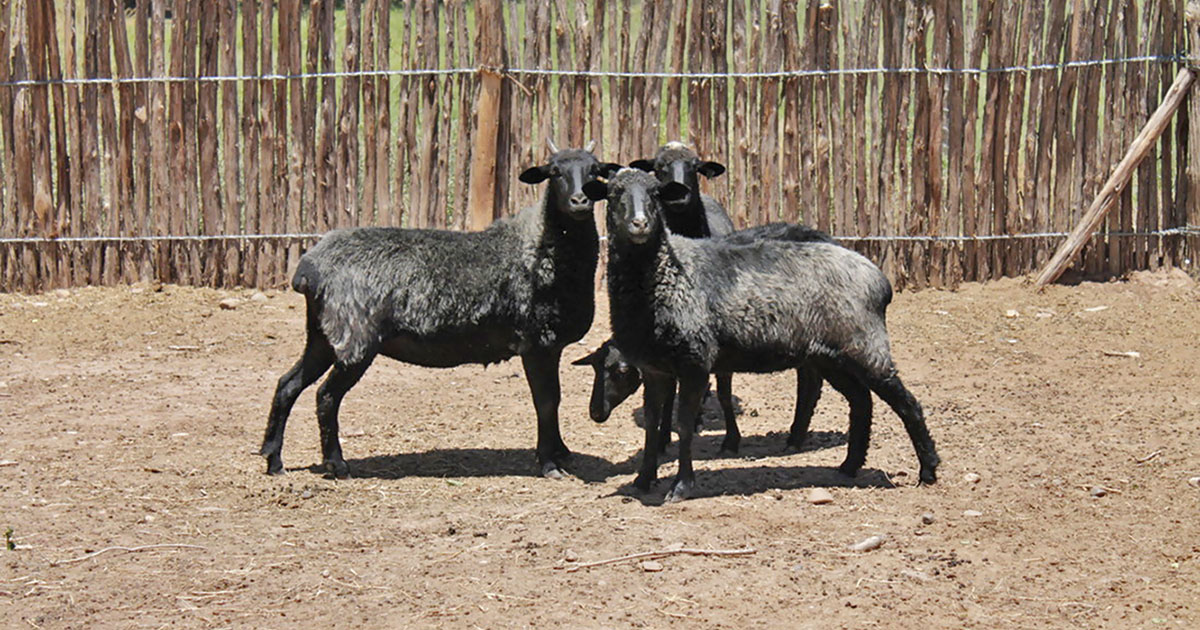 Life renews itself at Bosque Redondo Memorial, where they welcomed eleven Navajo-Churro lambs, including four sets of twins, with a pedigree and story of survival dating back centuries. These sheep are descendants of the Churra brought by Juan de Oñate in 1598 from the Iberian Peninsula. With these additions, the Navajo-Churro flock exhibit grew to 22 sheep and one guard llama, with a possibility of more on the way.

The first breed of domesticated sheep in the New World, Churro sheep were the mainstay for Spanish settlers and conquistadors living along the upper Rio Grande Valley throughout the 17th century. Later, these sheep became central to the Navajo (Diné) economy and society as well, due to intense cultural interactions with the Spanish.

Until 1863, Churro sheep were the primary wool source for the Diné, as well as the garment industry of the West. Following decades of violent culture clash that erupted from raiding (a practice not representative of the entire Diné culture), under the command of Colonel Christopher (Kit) Carson, the U.S. Military led a scorched-earth campaign against the Diné. Carson gave the order to poison wells, burn homes and crops, and slaughter thousands of the Diné Churro sheep, destroying their livelihood and reducing their people to a state of deprivation.

Some of the flocks of Churro were hidden in remote canyons to avoid slaughter. Several thousand others were brought with the Diné to Bosque Redondo Reservation on “The Long Walk.” At the end of 1864, each Diné family on the reservation averaged five people and possessed two horses and four sheep. The wealth was not evenly distributed; some families owned no livestock, others had as many as 40 head of sheep.

Even though food was scarce, the Diné refused to eat their goats and sheep. The goats provided milk and the sheep provided wool. Diné women worked daily at 630 looms to produce blankets and clothing. In three weeks, one industrious female could finish a perfectly waterproof blanket that would wear for ten years, and command a price as high as $50 to $200.

The Diné were released from Bosque Redondo Reservation and preceded to Fort Defiance to receive provisions before returning to Diné Bikéyah (The People’s Land). In November of 1869, the Diné received 15,000 goats and sheep, two animals to every man, woman, and child.

In the 1930s and 1940s, the Federal government livestock reduction campaign resulted in the slaughter of tens of thousands of sheep. By 1972, there were fewer than 450 Navajo-Churro sheep in Diné Bikéyah. This near extinction brought about the creation of the Navajo Sheep Project, a nonprofit organization committed to preserving and breeding back Navajo-Churro sheep so “they can return to their historic place and purpose among the Navajo and Hispanic cultures.”

Take time this year to visit the new additions to this ancient breed at the Bosque Redondo Memorial, where efforts to grow the flock continue to preserve this unique chapter of history through the lives of sheep.