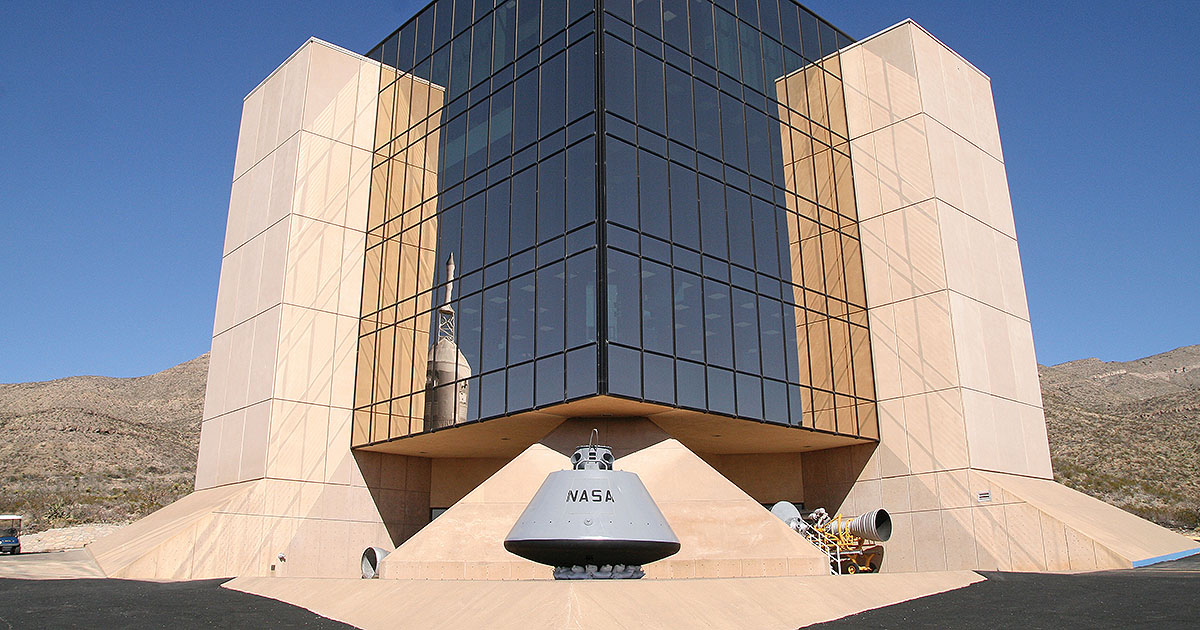 The Apollo Boilerplate Command Module sitting in front of the New Mexico Museum of Space History was used to train Navy and Air Force personnel on Apollo recovery procedures. It is on loan from the Smithsonian. Photo courtesy NMMSH.

For some of us, forty years was not that long ago. For the New Mexico Museum of Space History, that was when the doors opened to the public as the International Space Hall of Fame. It was, and continues to be, the only organization that celebrates the international effort of the men and women around the world who dedicated themselves to space research, exploration and development.

As the museum evolved over the past four decades, it began incorporating other aspects of space exploration and developed a focus on New Mexico’s contributions. Today, as visitors wind down the ramps from the museum’s fourth floor, they get a taste of just how big the global effort has been and how the Land of Enchantment played an important role in the U.S. manned space program.

Hands on interactives greet the adventurous on most every floor. Feel the power of a rocket launch with the Rocket Rumbler, take a shot at landing the Shuttle, and don’t miss the chance to try on an astronaut suit and get your picture taken in front of the lunar backdrop — a treat for kids of all ages!

After a walk through the John P. Stapp Air & Space Park, most visitors head down to the Tombaugh Education Building to enjoy a movie or star show inside the New Horizons Theater and Planetarium, featuring the world’s first 4k laser dome projection system. But there’s more to see than just the movies! Travel through the hallways and learn about exploring Mars and how the Earth looks from satellites. The Magic Planet touchscreen lets you see what the atmosphere of Venus looks like or what the weather is like on Jupiter today. Once inside the theater, get ready to find your place in space with a trip through the universe, whether through giant screen films, full-dome planetarium shows, or educator-led live star talks.

Free the first Friday of each month, the museum’s Launch Pad Lecture Series features museum staff, occasional guest speakers, and topics from Space history to the future of space research.