Beauty and Light Among the Ruins 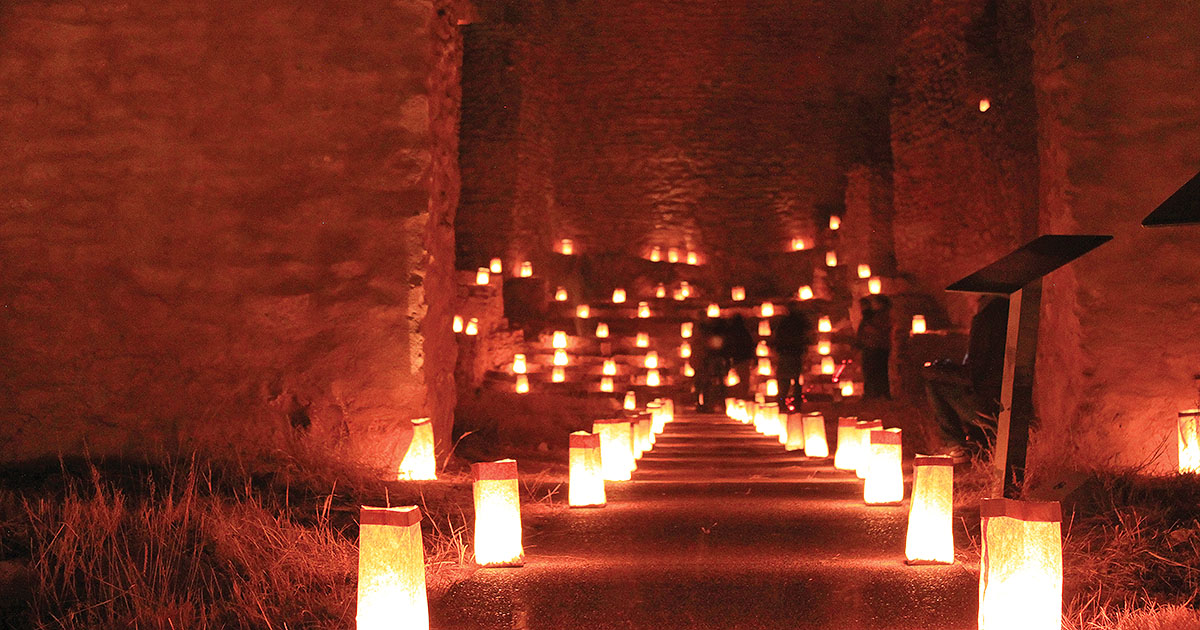 Many people profess to feeling tension fade away when turning onto Highway 4 off NM 550 at San Ysidro. The winding road takes you through Jemez Pueblo, Walatowa, and into Jemez Springs. This quaint village, almost frozen in time, grew around an ancient ruin.

Less than an hour drive from Albuquerque, the Jemez National Historic Landmark is one of the most beautiful historic sites in the Southwest. The ruins of a 500-year-old village and the San José de los Jemez church date back to 1621.

While always impressive, humbling, and thought-provoking, the ruin transforms into something magical during what has become a beloved holiday tradition.

Nestled in rugged, narrow canyons and high mesas of the Jemez Mountains of north-central New Mexico, the Jemez Historic Site captures the culture and history of the Jemez people firsthand. Established to preserve the 14th-century ruins of Giusewa Pueblo and San José de los Jemez Mission, visitors to the site will find a museum and interpretive trail.

Visitors can roam the standing architecture and explore vivid displays depicting how the Jemez people once lived, and how contact with Europeans changed their lives. Discover how the Franciscan missionaries faced the challenges of the New World, and how the Jemez Historic Site shaped the New Mexico of today.

Among the most beautiful settings in New Mexico, the Jemez Mountains are covered with lush forests of juniper, piñon, and ponderosa pine. Living in this timeless scenic splendor, considered sacred by some, the Jemez people built villages where they wove impressive textiles and fired pottery.

Jemez Historic Site is open Wednesdays through Sundays, 8:30 a.m.–5 p.m. Admission is $5 adults, free for children 16 and under. Closed Mondays & Tuesdays, Thanksgiving, Christmas Day and New Year’s Day. Admission is free for New Mexico residents on the first Sunday of the month and every Wednesday for New Mexico seniors with ID. A combination ticket, good for admission to both Jemez and Coronado Historic Sites is available for $7.

Enjoy a self-guided tour with a detailed and fully illustrated trail guide, or arrange a group tour in advance. If reserved ahead of time, staff at the site can accommodate parties of 10 or more with a ranger-guided tour.