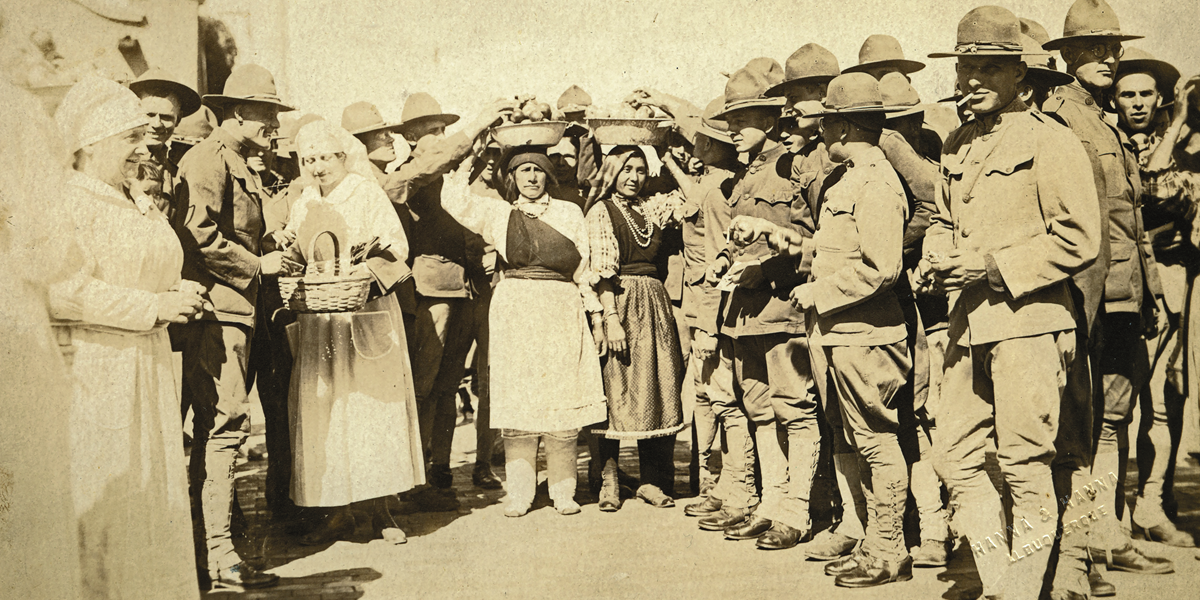 New Mexico achieved statehood just two short years before the Great War broke out in Europe in 1914. Recruitment in the nascent state was aggressive, and New Mexicans stepped up to serve in large numbers. By the end of the first World War, New Mexico ranked fifth in the nation for military service, enlisting more than 17,000 recruits from all 33 New Mexican counties. The war claimed the lives of 501 New Mexicans. The global conflict ended with the signing of the armistice Nov. 11, 1918.

This year, on Nov. 11, Veterans Day and the 100th anniversary of the signing of the armistice, the New Mexico History Museum opened a permanent exhibition entitled The First World War — featuring the stories, images and letters from New Mexicans who served.

“For some, the call to serve led to global travel and new perspectives, but the yearning for home.” Many of those enlisted personnel had served in the Mexican Punitive Expedition, a retaliatory response to Mexican revolutionary leader Pancho Villa’s attack on the border town of Columbus. The First World War exhibition investigates the contributions of New Mexicans to the war, through letters, photographs and objects.

“New Mexico played an important role in both world wars,” said Andrew Wulf, Director of the New Mexico History Museum. “We are proud to be able to recognize and remember that contribution and add The First World War as a permanent exhibition, to underscore the sacrifice and heartfelt letters home from these brave soldiers.”

Friday, December 7 from 5-8 p.m., the beloved Santa Fe holiday tradition Christmas at the Palace of the Governors event will proceed as usual this Holiday though the Palace itself is closed until spring, as the next phase of a multiyear remodeling project continues. 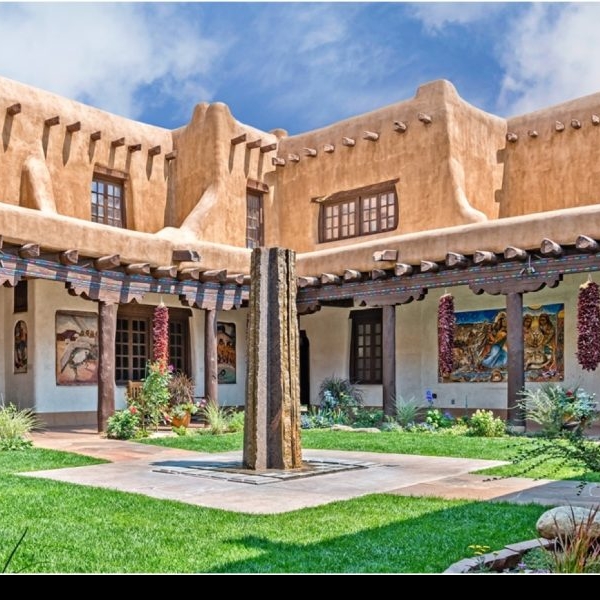