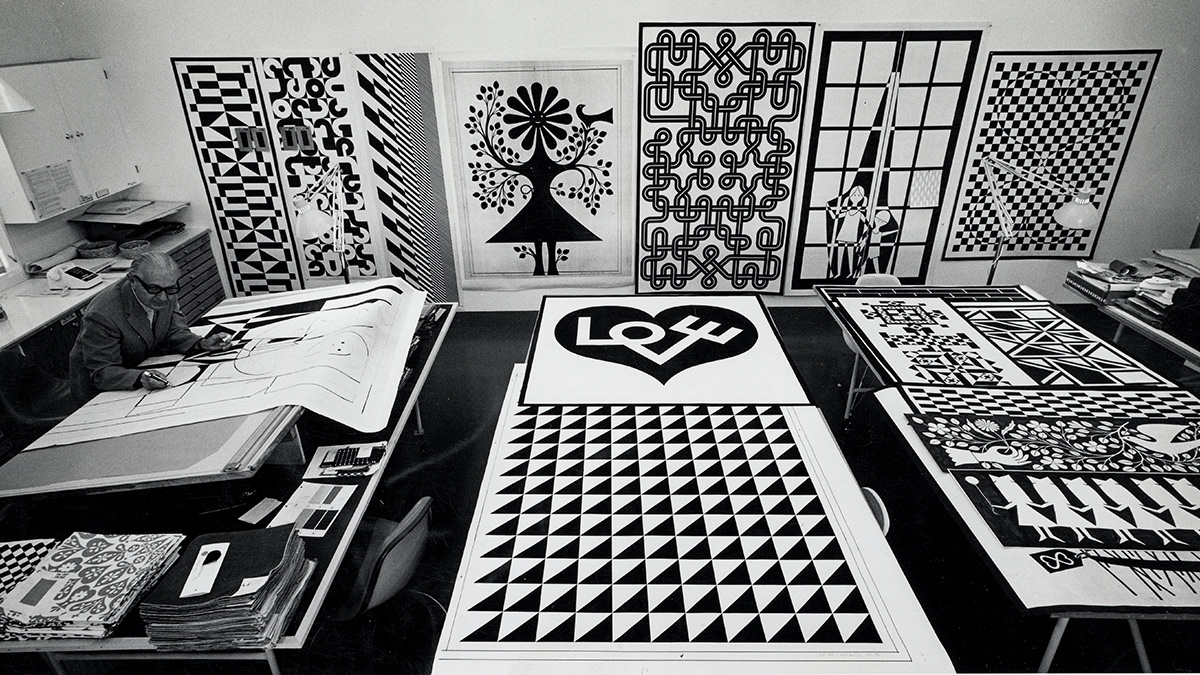 The relationships between art and design are by no means fixed and have been discussed for thousands of years. The very terms art and design reflect specifically 15th to 20th century European aesthetic philosophies and practices. Anything in the world can be called art, including design. Art is meant to provoke thought and stir emotion. Art does not solve problems. Design is not just art. Design has to function. Artists work on an instinctual level, designers employ a method and data. Art can be unconstrained, inconsistent, embracing wild flights of fancy. Design does not have that luxury, it must be more restrained than art because a designers’ work must be consistent, interactive, and accessible.

New Mexico has been, is, and continues to be a mecca for those with creativity and vision. Whether born here or drawn by the majesty of the region’s geography, history, big sky, and rich, cross-cultural influences, many world-renowned creative individuals from multiple disciplines have called New Mexico home.

World traveler and internationally acclaimed designer Alexander Girard made New Mexico his home. Girard designed the revolutionary look for Braniff airlines in the 1960s and countless other designs (including our cover image), some playful, some ornamental, always distinctly Girard. Amassing an enormous folk art collection from their global travels, Girard and his wife, Susan, donated more than 100,000 items to the Museum of International Folk Art. Girard himself created the museum’s beloved, long-term exhibition  Multiple Visions: A Common Bond. Now, MOIFA is hosting the Vitra Design Museum’s traveling exhibition Alexander Girard: A Designer’s Universe. Make sure to go before it moves on in late October.

The dam at Lake Powell was designed and built in a canyon along the Colorado River that stretches from southeastern Utah down through northern Arizona, not far from the more famous Grand Canyon. The landscape-altering structure catalyzed the environmental activism explored in the New Mexico Museum of Art’s exhibition The Great Unknown: Artists at Glen Canyon and Lake Powell. On display through September 15, the exhibition addresses the history of land use and environmentalism in the West and how artists respond to the work of their predecessors.

The design, engineering and planned construction of the Dakota Access Pipeline across the Sioux Nation was protested by tribal members and others in a 2016–17 campaign designed and executed in social media. A new exhibition curated at the Museum of Indian Arts and Culture, Beyond Standing Rock: Living History explores this grassroots movement and celebrates the creative works by Native and non-Native artists that came from it.

A life-size, breathing, snorting, dynamic Bisti Beast (a dinosaur discovered in New Mexico) designed in Japan took the Museum of Natural History & Science’s director and chief paleontologist by surprise when they traveled to the opening of a year-long exhibition featuring fossils on loan from the museum. Now there’s a fundraising campaign to bring the animatronic Bisti Beast home. Read all about that here and see more about it at vimeo.com/282669292.

And don’t miss out on the highly impactful exhibitions, Brain: The Inside Story through November 10 and Drugs: Costs and Consequences through December 8 at the Museum of Natural History & Science. The exhibitions were designed separately by two museums but when viewed together, their combined impact is powerful. Drugs: Costs & Consequences, a traveling exhibition from the US Drug Enforcement Administration (DEA) Museum and the DEA Education Foundation, provides a very powerful message about how drug use impacts society, families, health, the environment, and community safety.

Brain: The Inside Story draws on current research and technology to present the latest in neuroscience, highlighting the brain’s surprising ability to rewire itself in response to experience, disability, or trauma. Organized by the American Museum of Natural History, New York with other international partners, the exhibition also showcases modern technologies that researchers use to study the brain.

In early 2020, we anticipate the Palace of the Governors to reopen after system upgrades designed for this phase of a major remodeling project are completed. There is still plenty to experience at the nearby New Mexico History Museum campus.

Make sure to stop by the New Mexico History Museum to see the giant Rosie the Riveter designed to complement the new exhibition celebrating diverse women doing uncommon jobs in We the Rosies: Women at Work. This exhibition focuses on women in New Mexico, particularly those who worked in non-traditional jobs for their time. Women of all backgrounds and social standings are featured here with photos of them in action, along with a brief description of their working lives.

Elements of design are apparent throughout the New Mexico Farm & Ranch Heritage Museum in Las Cruces, from the barn to the farming tools. Many of these are hand-crafted. The Saddle Makers of the Southwest exhibition will make a definite impression on how saddle makers with an artistic touch designed this most critical tool for the cowboy.

Fifty years ago this summer, the Apollo 11 mission made history by landing the first men on the Moon. This summer the New Mexico Museum of Space History celebrates that historic event with a series of events.

Through the end of summer, visit Alamogordo’s newest fossil, Gordodon, at the New Mexico Museum of Space History. Gordodon is a newly classified sail-backed reptile based on an incomplete skeleton found in Permian period (about 300 million years old) rocks near Alamogordo, New Mexico. Prior to this discovery, such specialized plant-eating was not known in reptiles older than about 200 million years. Gordodon is on loan from the New Mexico Museum of Natural History & Science. See the YouTube Video about Gordodon at youtu.be/eKTDp6RHDWE.

It was centuries ago that 16th-century explorer Francisco Vázques de Coronado led a major Spanish expedition up Mexico’s western coast and into the region that is now the southwestern United States. Though the explorers never found the so-called Seven Gold Cities, they did find what is now Bernalillo. While skeptics claimed the conquistador and his troops were never near what is now the Coronado Historic Site, an archaeological survey north of the site last year proved the skeptics wrong. Artifact types, such as caret-headed nails and copper crossbow boltheads, are diagnostic of the Vázques de Coronado expedition (page 27).

Once home to Buffalo Soldiers, Fort Selden Historic Site gets festive this summer with a concert on Father’s Day weekend. Later in the summer, experience New Mexico’s most enduring, haunting legend, La Llorona, in a performance that will leave a lasting impression.

At Fort Stanton Historic Site, a new exhibition designed to highlight the Nurse Cadet Corp and its contributions to America’s victory during World War II opened this spring. This exhibit paired with the newly reopened Public Health Services Hospital at Fort Stanton, highlights the important role nurses played in the treatment of tuberculosis.

The winning works from a Student Art and Design Competition hosted by the Mid-Century Santa Fe will be on display during part of August. This competition celebrates the works of Santa Fe’s most famous masters of art and design. .

New Mexico’s mobile museum, Wonders on Wheels (WoW), is outfitted this year with an exhibit from the New Mexico Museum of Space History. WoW travels to rural New Mexico to bring specially curated exhibits to communities without access to a museum. Keep an eye out for an announcement for when WoW is in your area.

Few places offer the rich history and culture found in New Mexico. The DCA Cultural Atlas brings all of these places together in one free, downloadable app at atlas.newmexicoculture.org/.

If delving deeper into New Mexico’s culture and history is something you’ve been thinking about, consider volunteering. All of our museums and historic sites rely on volunteers to help out. To find out how to volunteer call 505-476–1125.

From Indian artifacts to space exploration, world-class folk art to awesome dinosaurs, the essence of New Mexico is celebrated every day at our popular attractions. The New Mexico CulturePass opens the doors to them all — the state’s entire family of museums and historic sites. You can purchase your CulturePass at any state museum or historic site. You can begin using it right away. On the date you visit your first museum or historic site, the pass will be validated, and it can then be used for the next 12 consecutive months.

Summer is upon us. We hope you will use the contents of this useful guide in designing your family’s summer and fall entertainment with informative, educational, and fun events at one of New Mexico’s museums or historic sites.

Vivid in Japanese art and imagination are creatures that are at once ghastly and comical. Yôkai is a catchall
more »

VIRTUAL Community through Making From Peru to New Mexico