Working on the Railroad at the New Mexico History Museum 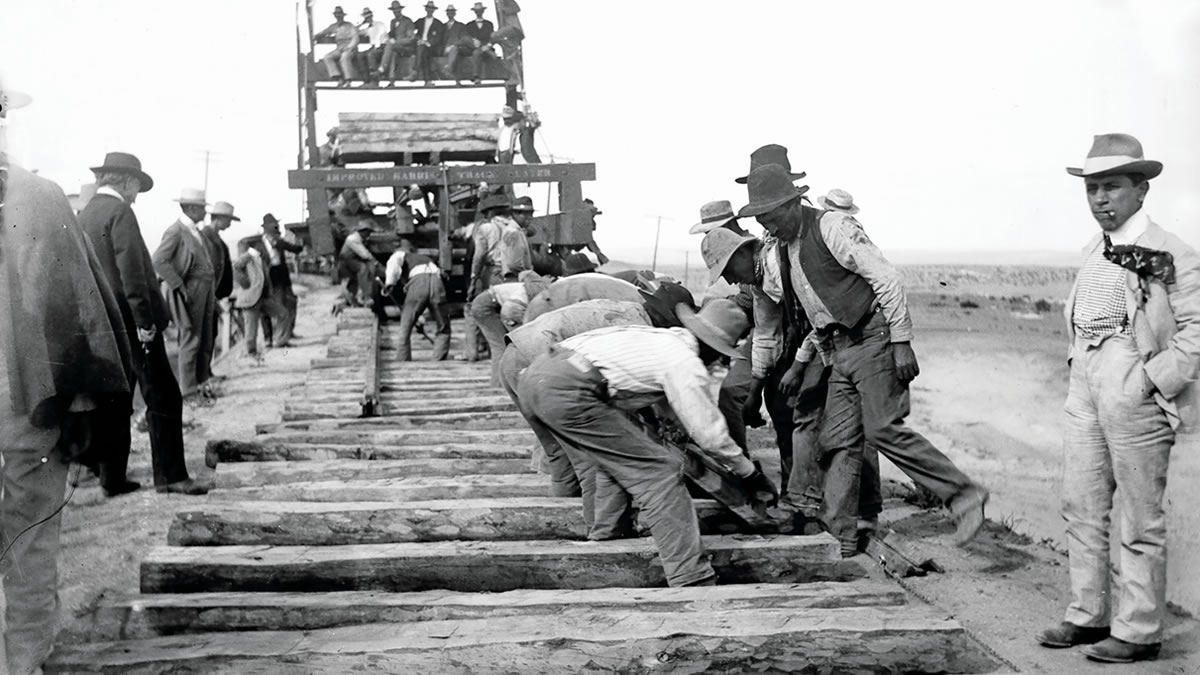 They came from all over, and through back-breaking manual labor, railroad workers transformed the United States and impacted millions of lives. When the railroad came to New Mexico in 1879, it brought thousands of job opportunities for local people from rural villages, reservations, and larger towns. In addition to the homegrown workforce, the railroad also brought immigrant Chinese, European, and Mexican laborers to New Mexico. On a national scale, by 1920, one out of every fifty citizens had worked for the railroad. This number would only increase during the country’s involvement in the World Wars of the twentieth century.

A new exhibit at the New Mexico History Museum, entitled Working on the Railroad, pays tribute to the people who expanded the rail industry throughout New Mexico. Using nearly forty images from the Palace of the Governors Photo Archives and the Library of Congress, this exhibition offers an in-depth look at the men and women who did everything from laying track to dispatching the engines.

Working on the Railroad tells a side of New Mexico’s locomotive history that makes no mention of passenger trains or tourism; visitors will leave the exhibition with a greater appreciation of the difficulty of railroad work. All workers are represented — women, people of color, immigrants, young and old — and most jobs are represented too, both on and off the tracks.

From steel gangs to machinists, and car cleaners to conductors, every role in the railroad industry served an important purpose. Wrenches, lanterns, tie dating nails, and other objects from the New Mexico History Museum collections will be displayed to give additional life to the photos. Many hands used those tools to ensure that each engine ran smoothly and successfully.

Running through 2021, Working on the Railroad is featured in the Mezzanine Gallery of the History Museum near the Fred Harvey installation.