NMMOA Presents "For America: Paintings from the National Academy of Design"

SANTA FE – New Mexico Museum of Art (NMMOA) is excited to be the only venue in the Southwest to host "For America: Paintings from the National Academy of Design." This exhibition features nearly 100 extraordinary paintings that present not only a visual document of the Academy’s membership but also a unique history of American painting as told by its makers. The exhibition is organized by the American Federation of Arts and the National Academy of Design.

From its founding in 1825 to the present, the National Academy of Design has required all Academicians to donate a representative work to the Academy’s collection, and, from 1839 to 1994, the Academy also required Associates to present a portrait of themselves, whether painted by their own hand or that of a fellow artist. Such gifts of “diploma works” and “diploma portraits” are the defining feature of the Academy’s collection and the focus of this exhibition.

“From its founding into the 20th century, the National Academy of Design was considered one of the foremost schools in the country,” says Dr. Mark White, Executive Director of NMMOA. “The academy was founded and run by the artists themselves and membership was one of the highest honors an American artist could achieve.”

A remarkable selection of works by many major American artists is showcased across five exhibition sections, exploring a variety of historic themes: the origins of the Academy and the accompanying rise of the Hudson River School and American genre painting; the impact of contemporary European art, and art education on the development of American painting; the Academy’s nascent role in the early 20th century as the purveyor of artistic tradition in the United States; how realism in its various incarnations remained a viable alternative to American abstraction; and the ways in which paintings from living National Academy members address contemporary concerns while harkening back to America’s storied past.

“We are thrilled to host an exhibition that offers such an extensive look at the history of American painting,” says Christian Waguespack, Curator of 20th Century Art at NMMOA and in-house curator for this exhibition. “With subjects ranging from George Washington to the Pueblos of New Mexico, there will definitely be something here for everyone.”

About The American Federation of Arts
The American Federation of Arts is the leader in traveling exhibitions internationally. A nonprofit institution founded in 1909, the AFA is dedicated to enriching the public’s experience and understanding of the visual arts through organizing and touring art exhibitions for presentation in museums around the world, publishing scholarly exhibition catalogues, developing innovative educational programs, and the fostering of a better understanding among nations through the international exchange of art. 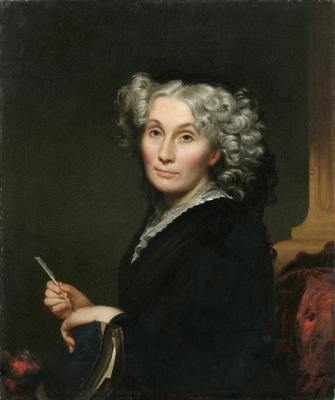